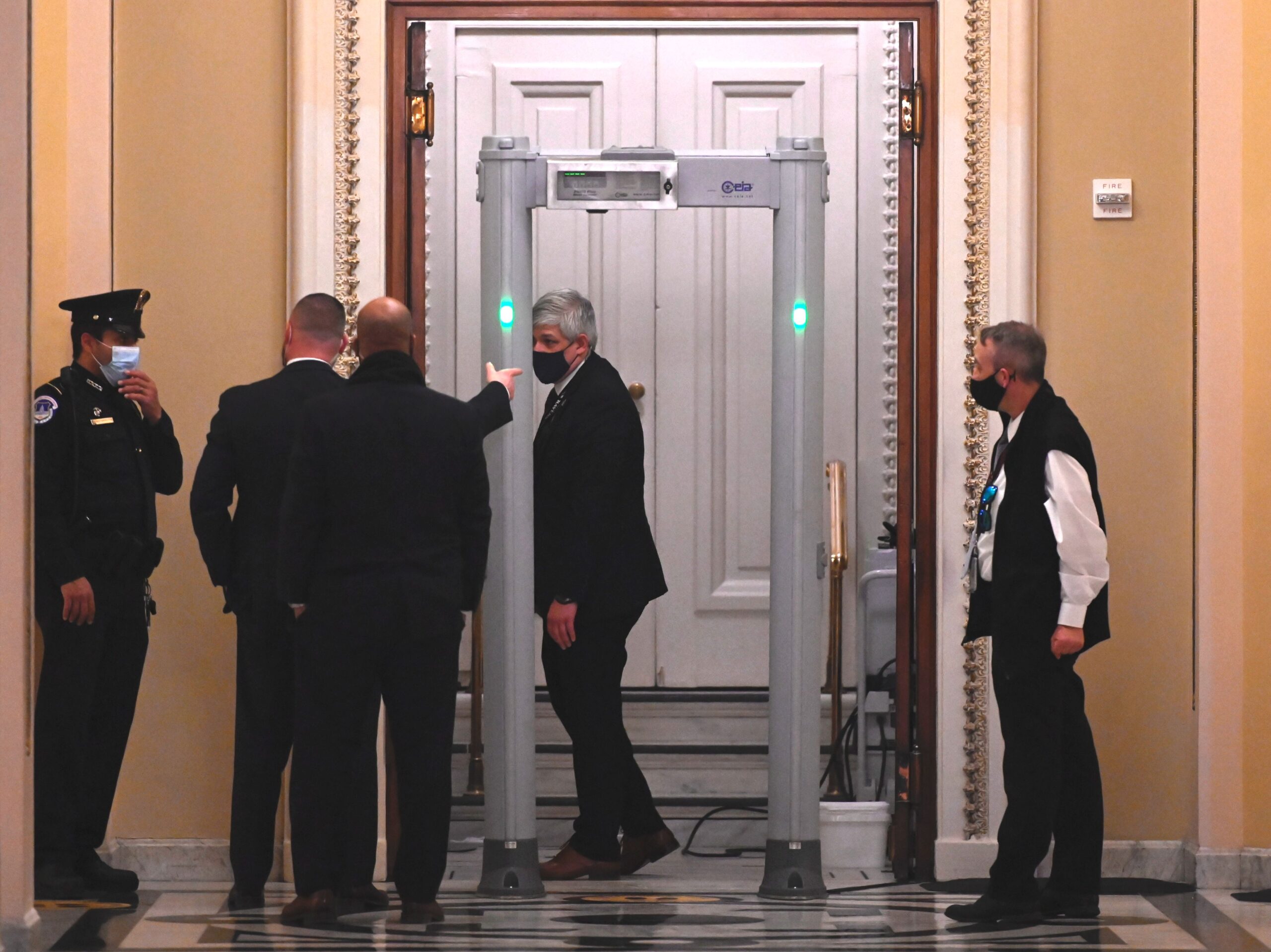 Metal detectors have been installed at the entrances to the United States Capitol for the first time following last week’s violent attack, but some Republican members of the House are reportedly boycotting the new security measures.

Rep. Lauren Boebert (R-CO), who released a campaign video pledging to “carry my Glock to Congress,” refused to hand her bag over to police when entering the building on Tuesday, according to CNN’s Ryan Nobles:

Capitol Police won’t let her in until Boebert shows them what is in her bag, she won’t and is now standing by the entrance of the chamber. She is respectful but defiant.

Apparently unfazed by the confrontation with law enforcement, Boebert ignored the detector yet again ahead of Wednesday’s impeachment vote, according to Playboy’s Alex Thomas:

The defiant move set off Boebert’s Democratic colleagues, who were frustrated by Republican lawmakers’ aversion to safety measures.

“Do these people not understand that literally everyone else has to go through metal detectors to get in here?” tweeted Rep. Don Beyer (D-VA). “Average people do not get to bring guns into the United States Capitol in normal times. Get over yourselves.”

Do these people not understand that literally everyone else has to go through metal detectors to get in here? Average people do not get to bring guns into the United States Capitol in normal times. Get over yourselves

Rep. Rashida Tlaib (D-MI) also called out those frustrated by the new requirement, noting that students in her Michigan district are forced to walk through magnetometers to ensure gun safety:

Just had to go through a metal detector before entering the House floor. Some colleagues are frustrated (guess which ones) by this requirement. Now they know how HS students in my district feel. Suck it up buttercups. Y’all brought this on yourselves.

Acting House sergeant-at-arms Timothy Blodgett informed House members of the new magnetometers on Tuesday, also reminding them that “pursuant to the firearms regulations that Members received on Opening Day, firearms are restricted to a Member’s Office.”

“Failure to complete screening or the carrying of prohibited items could result in denial of access to the Chamber,” Blodgett wrote.

Despite the fact that the new security measures were put in place following a violent attack on the Capitol that left five people dead, HuffPost’s Matt Fuller reported that several GOP lawmakers, which he called out by name, are still boycotting the metal detectors ahead of the impeachment debate:

We’re back to this.

And Chip Roy sidesteps the magnetometer.

Rep. Bob Latta sets off the metal detector and walks right past the cops.

This system has been rendered meaningless.

Rep. Louie Gohmert sidesteps the magnetometer, shaking his head and waving off the police.

Rep. Virginia Foxx sets off the metal detectors and keeps walking to the floor.

“Good morning, guys,” Foxx says as she passes through.

Rep. Paul Gosar waits in line for the metal detector.

He walks through, sets off the machine, and then just keeps going.

Rep. Alex Mooney walks through the metal detectors while talking on the phone.

He extends his hand as if to say, ‘I’m on the phone,’ and just walks onto the floor.

Rep. Bill Huizenga walks through the metal detector. He sets it off and keeps walking.

As an aside, Russ Fulcher was the most aggressive member pushing through the metal detectors last night.

A female officer kind of got in his way—I think inadvertently—and he really was…assertive.

The cop didn’t want to talk, but she almost seemed on the verge of tears after.