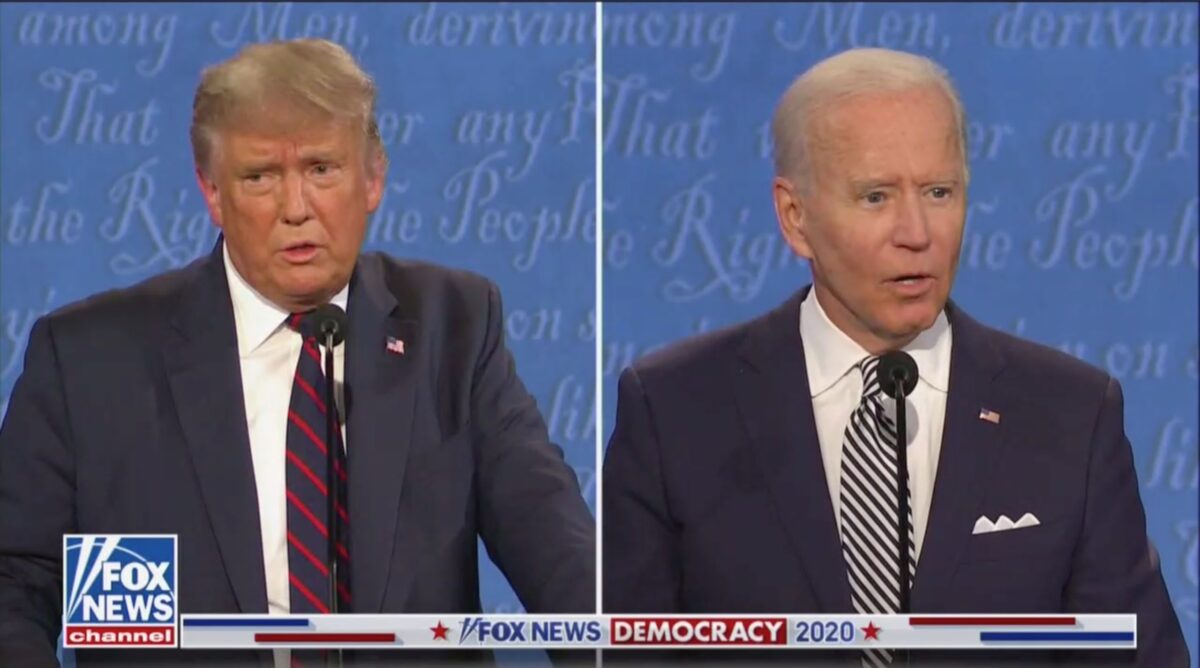 Tuesday’s debate audience, though far below all-time highs, was still higher than almost any other debate in modern history. Besides the first Trump-Clinton debate, the single Carter-Reagan in 1980 (80.6 million) and the first Obama-Romney debate (67 million) eight years ago are among the few to surpass the ratings from last night.

According to Nielsen Media Research, a total of 64.7 million total viewers tuned in to the 90-minute presidential debate on Tuesday that was simulcast on all four broadcast networks as well as the three major cable news networks (and CNN Español). The 2020 numbers were down by more than 22 million viewers from the last presidential election among the broadcast networks, however, as ABC, NBC, CBS, and Fox pulled in 32.7 million overall viewers. Cable news channels, on the other hand, enjoyed record highs, garnering 32 million total viewers for the 9:00 – 10:30 pm EDT showdown, up from roughly 26 million in 2016.

In the coveted 25 – 54 age demographic, the first 2020 Trump-Biden debate attracted more than 23 million viewers, with the broadcast TV share of that audience totaling 13.1 million, leaving just over 10 million for cable news.

MSNBC’s seven million total viewers outperformed broadcast networks CBS and Fox, which pulled in 6.15 million and 5.18 million, respectively. But it came in seventh in the demo with 1.66 million A25 –54 viewers, as Fox broadcast hit 2.34 million and CBS had 2.08 million.