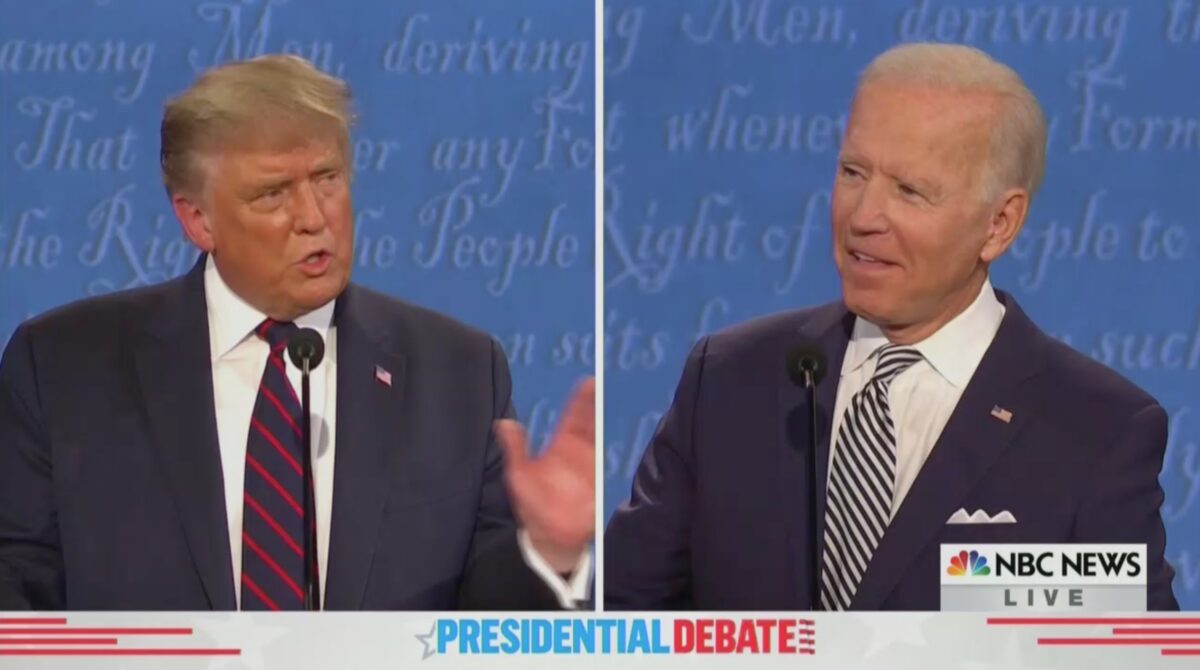 Last night’s presidential debate has been roundly panned for being “chaos” and “a shit show,” among other things, and even some Republican lawmerks went on the record they eren’t exactly happy about it either.

Senator Ben Sasse agreed with the “shit show” characterization, Mitt Romney called it an embarrassment, and a number of Republicans in particular were really not happy with the president not more explicitly condemning white supremacy when confronted:

– Many GOP senators saying POTUS needs to clarify that he denounces white supremacy.

– Also Sen. Romney called the debate an “embarrassment”, Sasse called it a “shitshow”.

Senator Romney tells @nancycordes and other reporters that the debate was an “embarrassment.” pic.twitter.com/p5QyUowXhK

GOP Sen. Thom Tillis, in a difficult re-election race, says white supremacist groups “should be condemned.” Asked if Trump should have done that last night, Tillis said: “I’ll leave it to the President. I know he’s not a racist and I’m sure he doesn’t approve of their activities”

Sen. Lisa Murkowksi on the debate: “I think there was so much that was just awful and over-the-top, including both of these men speaking over one another for 90 minutes.” Asked if she’s still ‘struggling’ with backing Trump, she told me: “I’m not commenting on that at this time.”

“I think he should correct it, and if he doesn’t correct it, I guess he didn’t misspeak.”

Q: Who’s responsible for that?

“I think there was fault on both sides”

Should the President clarify his remarks about white supremacy?@BillCassidy: He should unequivocally condemn white supremacy.@MarshaBlackburn: I think it that would be a good thing to stand strong against.@SenatorRounds: I think he should and hopefully that will occur.

So how did Senate Republicans think the debate went?

Over on Fox News Wednesday afternoon, Rand Paul called it “exhausting to watch,” said it wasn’t very informative, and even straight-up suggested the candidates shouldn’t be in the same room and moderators should instead interview them separately.