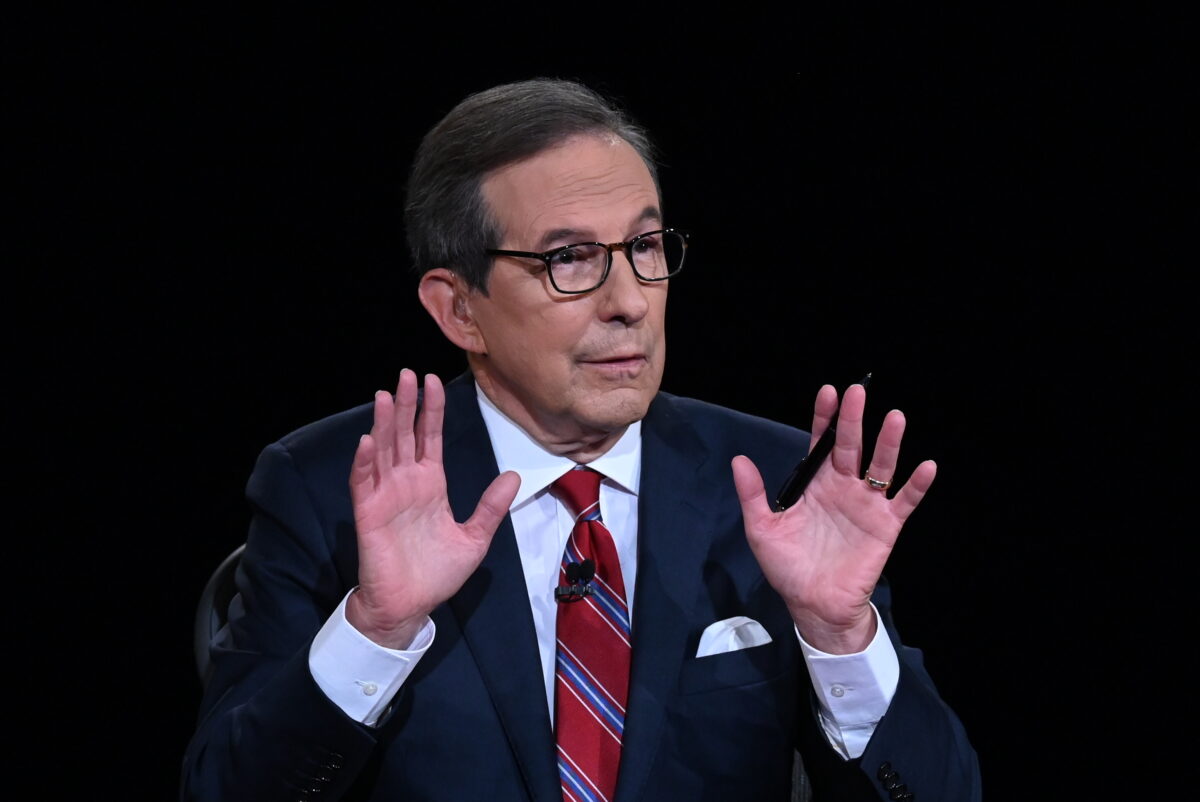 In previewing the first big presidential debate, Fox News’ Chris Wallace said his job “is to be as invisible as possible” and keep the focus on the two candidates to the point where people would react by saying, “That was a great debate. Who was the moderator?”

But Wallace’s moderation of the wild and off-the-rails debate became a major part of the story in the immediate aftermath.

Wallace received both plaudits and criticism for his attempts to repeatedly jump in during the slugfests between President Donald Trump and Joe Biden. The president and some of his allies took shots at Wallace. During the debate the president himself even remarked during one contentious exchange, “I guess I’m debating you, not him.”

The man himself spoke out Wednesday in an interview with The New York Times defending his approach while acknowledging that things got very off-track.

Wallace candidly acknowledged he was “sad with the way last night turned out”:

“I’ve read some of the reviews, I know people think, Well, gee, I didn’t jump in soon enough,” Mr. Wallace said, his voice betraying some hoarseness from the previous night’s proceedings. “I guess I didn’t realize — and there was no way you could, hindsight being 20/20 — that this was going to be the president’s strategy, not just for the beginning of the debate but the entire debate.”

Recalling his thoughts as he sat onstage, with tens of millions of Americans watching live, Mr. Wallace said: “I’m a pro. I’ve never been through anything like this.”

Reflecting on his performance, Wallace said, “Generally speaking, I did as well as I could, so I don’t have any second thoughts there. I’m just disappointed with the results. For me, but much more importantly, I’m disappointed for the country, because it could have been a much more useful evening than it turned out to be.”

He had to jump in a number of times during the debate, and as Wallace explained, “If I didn’t try to seize control of the debate — which I don’t know that I ever really did — then it was going to just go completely off the tracks.”

The Fox News anchor added, ““I never dreamt that it would go off the tracks the way it did.”

The Commission on Presidential Debates put out a statement acknowledging “additional structure should be added to the format of the remaining debates,” but they also had praise for Wallace “for the professionalism and skill he brought to last night’s debate.”

There’s some suggestion that moderators at the next few debates be given the power to cut mics. Wallace argued, “As a practical matter, even if the president’s microphone had been shut, he still could have continued to interrupt, and it might well have been picked up on Biden’s microphone, and it still would have disrupted the proceedings in the hall.”

On Wednesday afternoon, FOX News Media CEO Suzanne Scott and President Jay Wallace sent out an internal memo commending Wallace’s performance at the debate. “We are extremely proud of his professionalism, skill and fortitude in a unique situation while doing everything possible to hold both candidates accountable. No moderator could have managed a debate of that magnitude better than Chris.”