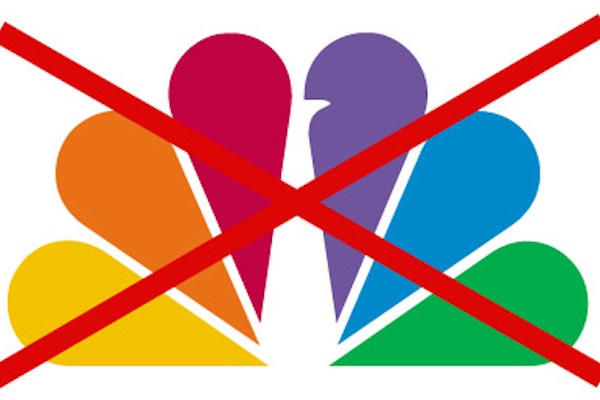 One of the biggest success stories over the past decade has been the NBC Sports license deal of English Premier League matches. Saturday and Sunday morning viewing on NBC Sports networks, and occasionally on other channels in the NBC network family, became a delightful tradition for many old-school fans for British soccer, but it also created a huge surge in new fans for the Prem.

But because we can’t apparently have nice things, NBC Sports futzed this whole thing up by making many, if not most, matches now only available to those who pay a subscription fee for their streaming service Peacock. And people are reasonably pissed.

Take for example this evening’s match between defending EPL trophy winner Liverpool and a suddenly resurgent Arsenal club under the new management of Mikel Arteta. It has all the makings of a terrific match that will go a very long way in setting the tone for the 2020-21 season. But the only way to *legally* watch this match of top-tier sides is to pony up a monthly subscription to Peacock.

And this is a strategy that doesn’t appear soon to change, according to a recent Wall Street Journal report featuring Jeff Shell, NBC Universal’s relatively new CEO:

Mr. Shell and his newly appointed TV czar, Mark Lazarus, are putting a high priority on developing programs for the company’s new streaming-video service, Peacock, which had 15 million sign-ups as of last week. Programming once intended only for broadcast or cable may also appear on Peacock, and Peacock original content may find a home on the networks.

“As long as it’s being judged by the number of eyeballs, be happy wherever they come from,” Mr. Stern said.

The future is also dimming for sports networks like the Golf Channel and NBC Sports Network. Hockey and soccer games are likely to appear more frequently on USA Network and Peacock, the people say.

NBC Sports has been streaming live games on Peacock since June 20th, but access is limited to the Premium tier which costs $4.99 a month (currently discounted to $30 if you pay for a year upfront). There’s also a pricier ad-free option that’s currently $80 a year if you sign up ahead of the full launch. This is in addition to carriage fees that most cable subscribers already “shell” out for NBC Sports network on which they used to be able to watch EPL games until now.

Mediate spoke with legendary soccer journalist Grant Wahl who explained.”Fans are frustrated for a few reasons. For one, NBC is giving them an additional paywall that they might not have paid for in the past because the new paywall has marquee Premier League games behind it for the first time. “

“What’s more, if you’re a cord-cutter you want to get every game live if you’re going to pay for a streaming service. But NBC makes you pay not once but twice: Once for their Peacock Premium streaming service and then again for games on their cable channel NBCSN,” he continued. “ESPN and CBS aren’t forcing fans to do that with their soccer streaming services, and so fans are more upset with NBC than with those other pay platforms.”

The English Premier League is largely considered the best and most competitive professional soccer league in the world. And its rise in popularity in the United States over the past five-plus years is directly related to the ubiquity of its games being broadcast for free. But those days appear to be over, and people are pissed. To wit:

Yet another stick-up for US soccer fans to pay more for games. Chances would be a lot higher I’d pay for Peacock Premium if it had every single Premier League game on it. But it doesn’t. https://t.co/qUFWwdSmAp

Tried to turn on soccer and there is none on TV. I have to sign up for this Peacock nonsense?

It’s not about programming conflicts. It’s about building a subscription base for Peacock.

Bummer to see so many having frustrations with Peacock today. Unfortunately NBC’s handling of EPL fits into a wider pattern of treating soccer viewers as a niche audience devoted enough to put up with nickel-and-diming:https://t.co/6EjTtBxCY2

Featured image by Will Oliver/AFP/Getty Images.

Dem Rep Rips Kushner For Comments on Black People: ‘I Won’t Take Lectures’ From People Who Couldn’t Succeed Without Their Family’s Money