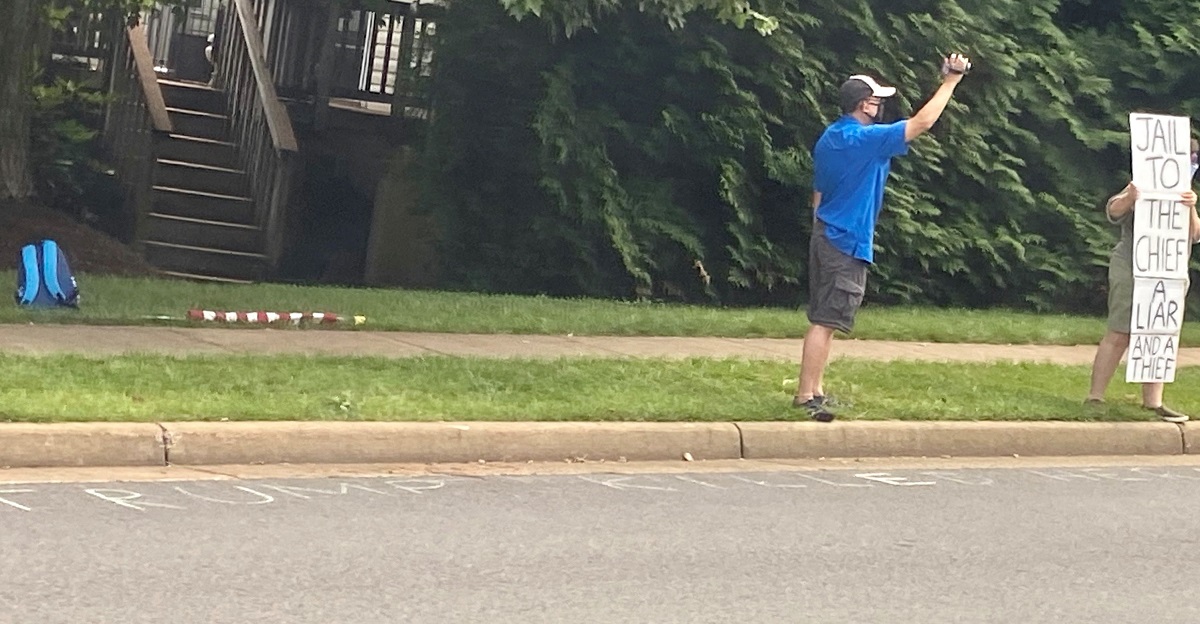 As President Donald Trump’s motorcade departed Trump National after his golf outing, protesters lined a street that was emblazoned in chalk with the inscription “Trump Killed Herman Cain.”

Trump was greeted with boos and a few protesters on his way into Trump National on Saturday morning, but according to a pool report on his return to the White House, the trip home was even less friendly, as more protesters appeared, and graffiti on the street blamed Trump for the death of former presidential candidate and pizza mogul Cain.

There were also pro-Trump demonstrators.

The pool departed Trump National in Sterling, Va. at 1:57pm, roughly 4 hours after we arrived.

According to Shirish Dáte’s count, today was the president’s 264th golf outing, and his 89th day at the golf course at Sterling.

A much larger crowd was gathered outside the club this time. There were several Trump supporters holding “Trump-Pence” signs on one side of the street, while protestors with “Biden for President” signs gathered on the opposite side. Ok the protestors’ side, “Trump killed Herman Cain” was written on the road in chalk (photos attached).

Your pooler spotted a sign that read “PIG” with a blonde wig attached to it, as well as another that read “Commander in Cheat,” among others. Two Jeep Wranglers with
pro-Trump and American flags also drove back-and-forth through the neighborhood.

At one point, a police car stopped, and it appeared that officers could take photos of the peaceful protestors/ the road.

We’re now rolling back to the White House.

Treene also sent along pool photos of the scene, including the graffiti about Mr. Cain. 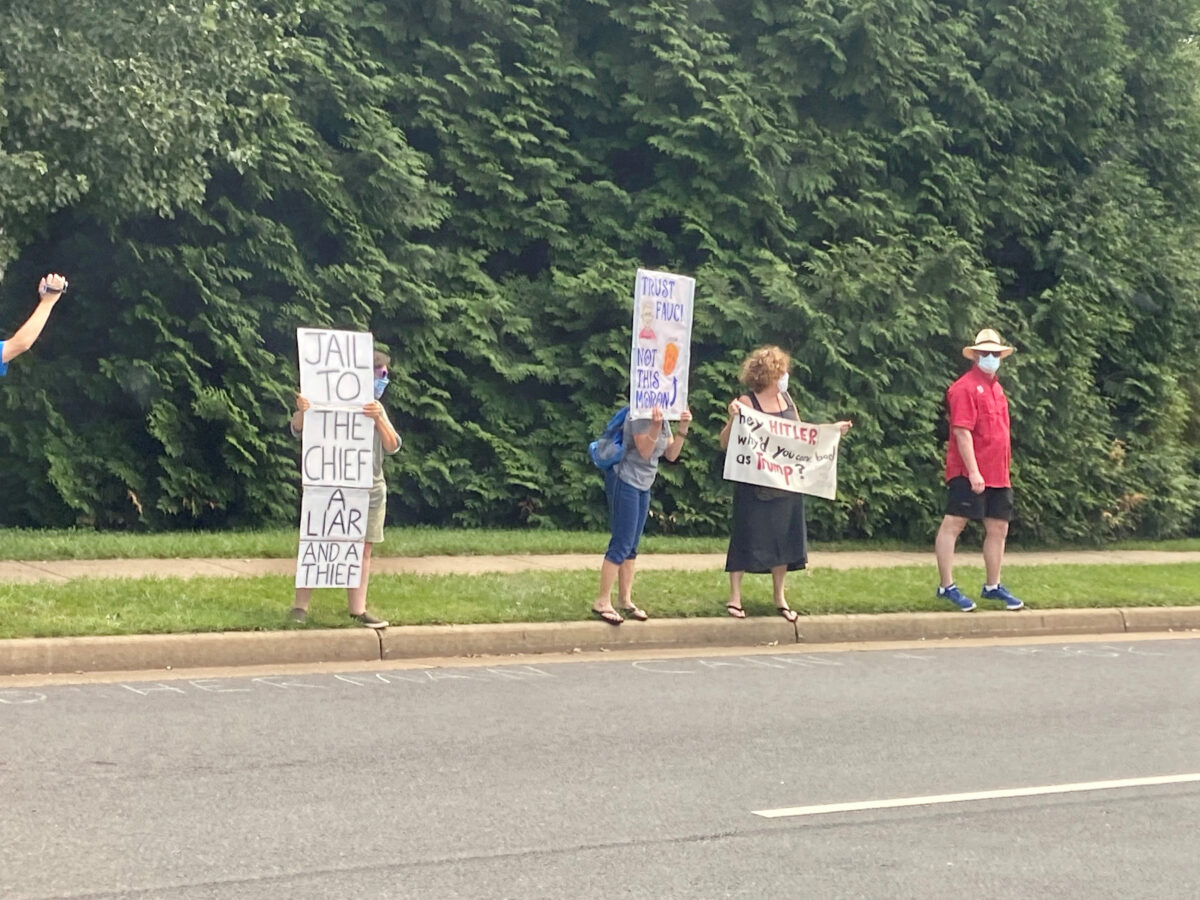 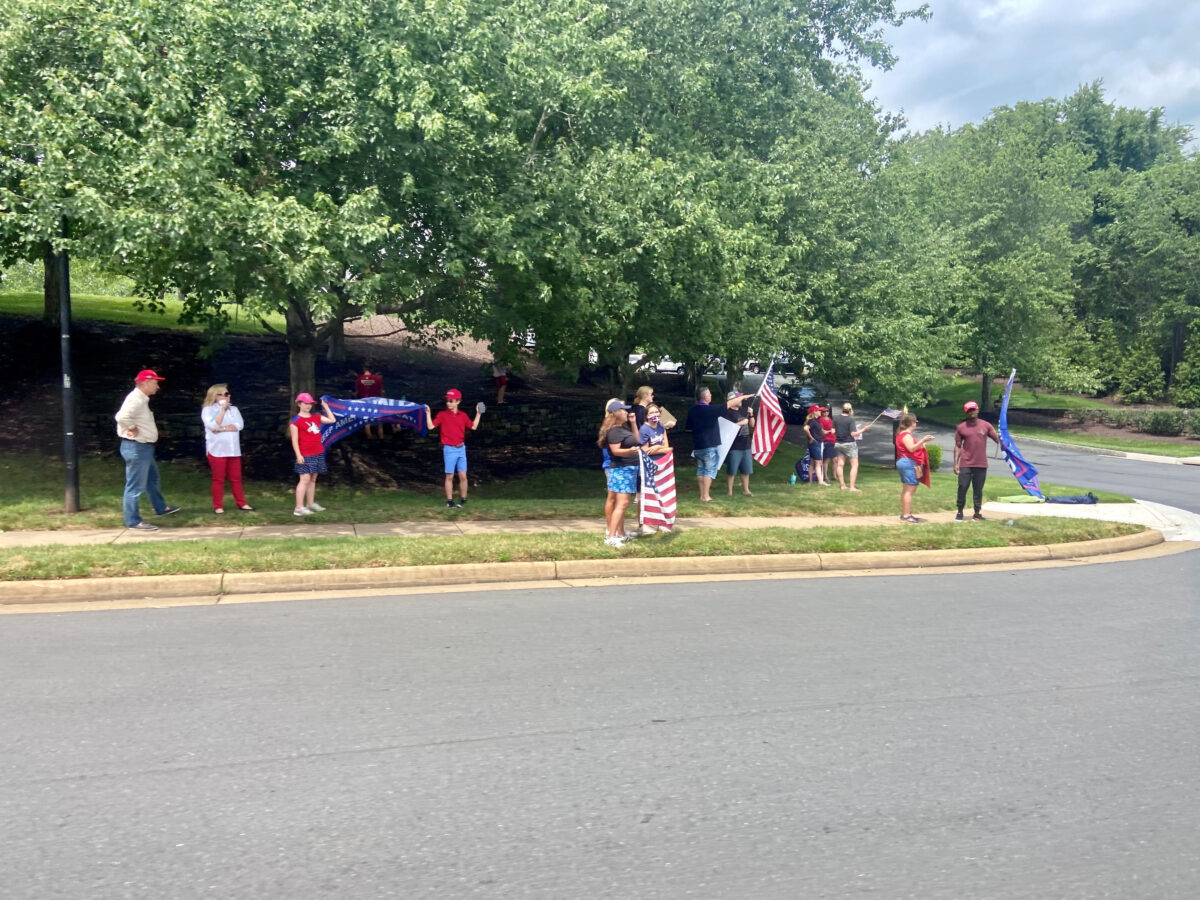 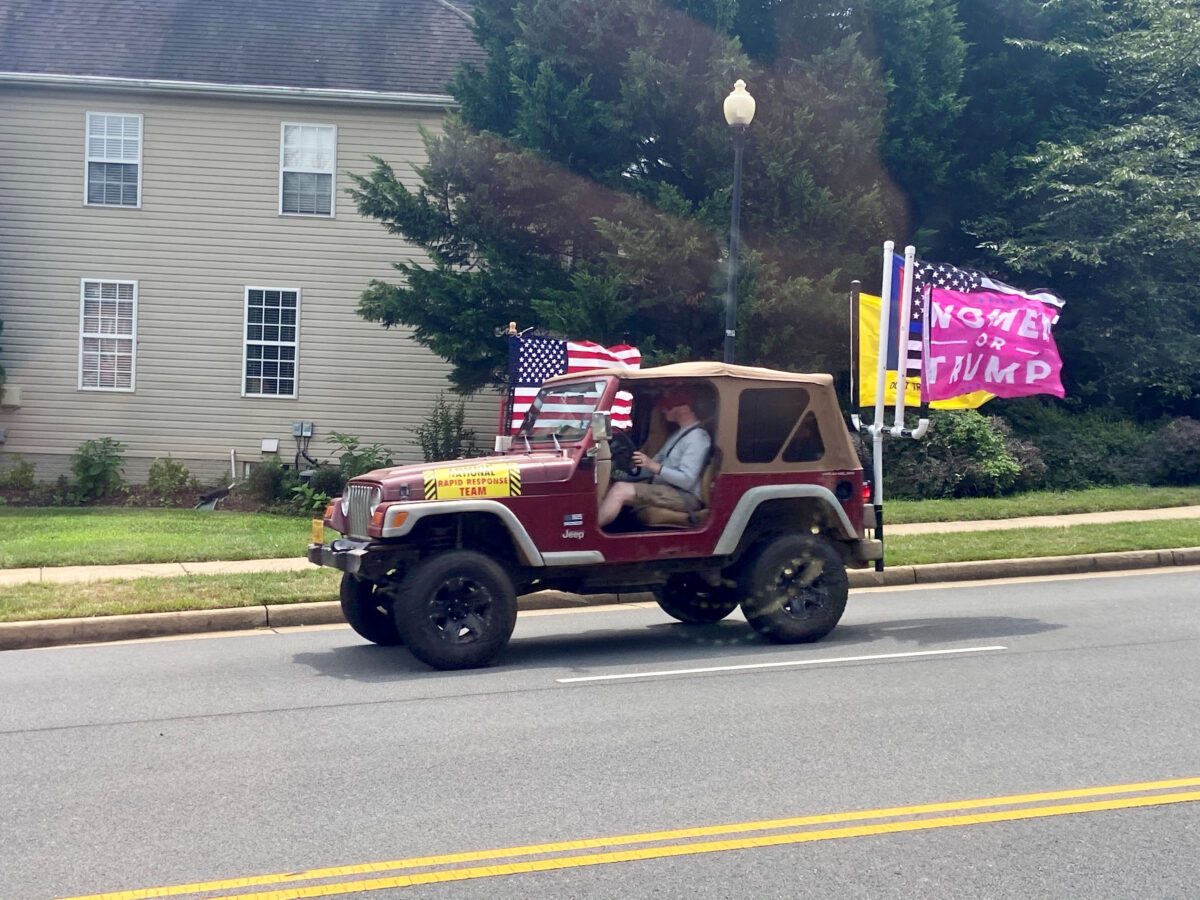 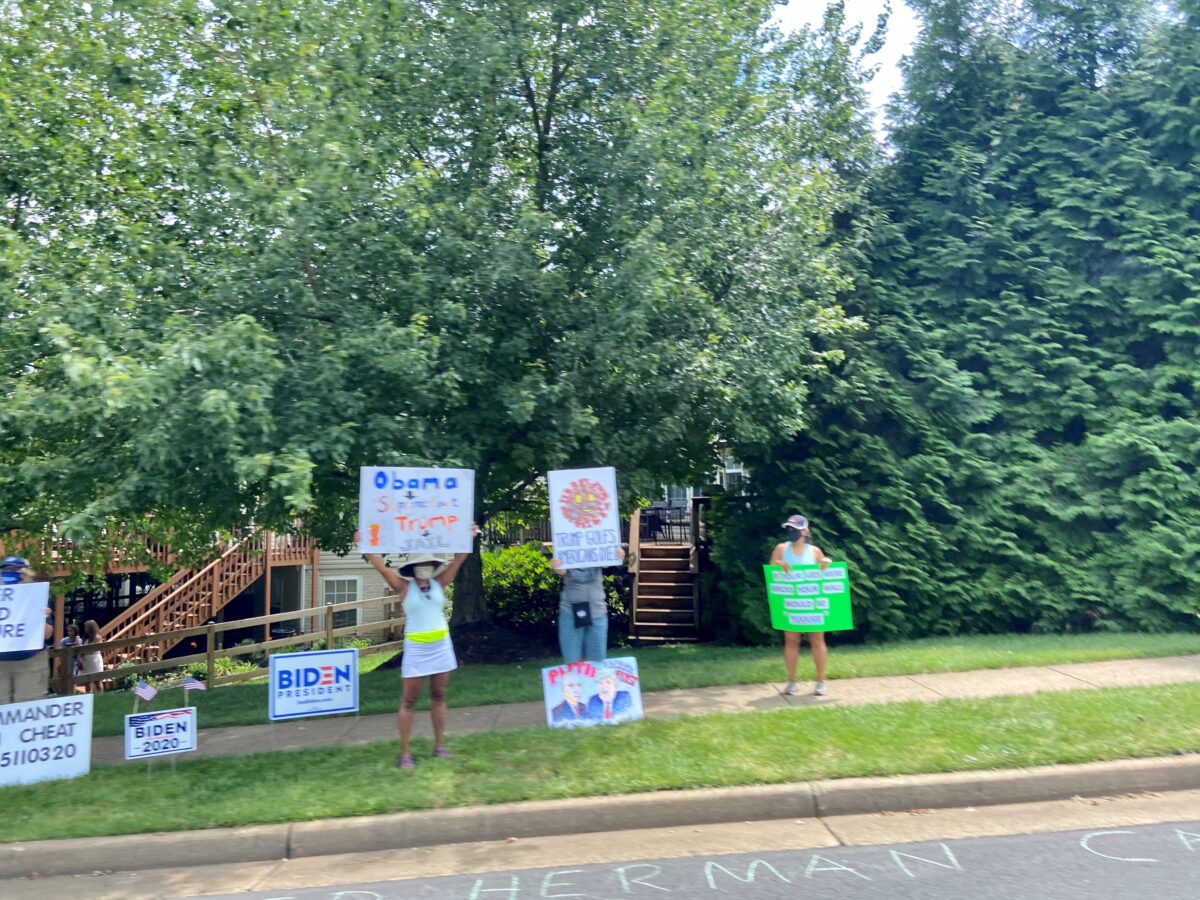 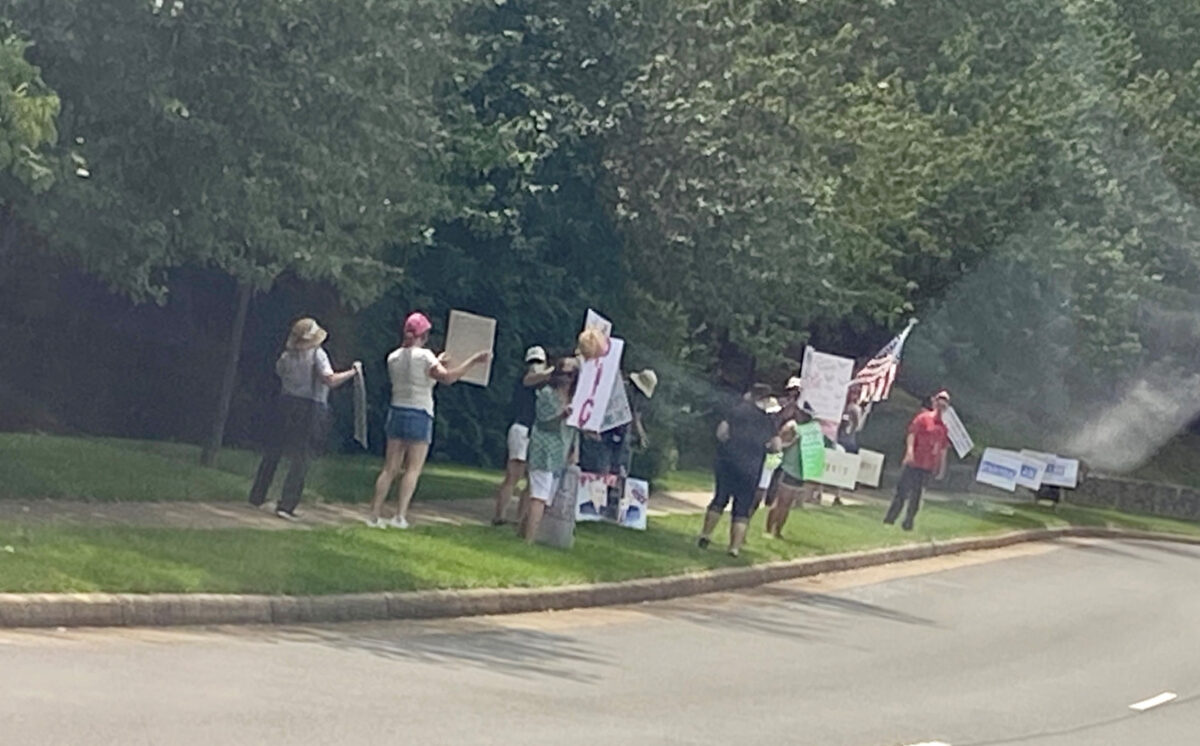 Mr. Cain died this week of complications from the coronavirus, weeks after being hospitalized following his attendance at a Trump rally where he was photographed without a mask. No proof has been offered that Cain contracted the virus at the Tulsa rally.