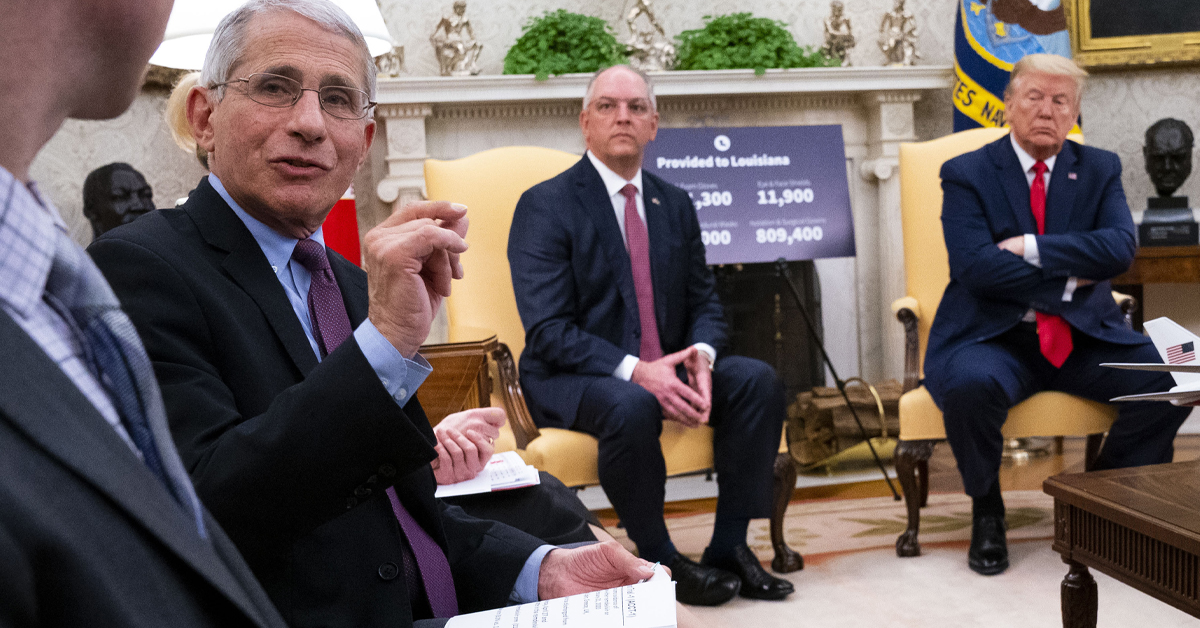 President Donald Trump was uncharacteristically quiet all morning and into the afternoon on Twitter this Saturday. But eventually he broke his silence to take time out for attacking member of his task force and infectious disease expert Dr. Anthony Fauci over the surge in Covid cases in the United States.

“Wrong!” said Trump, in his retweet of a video, shared by CBS News, showing Dr. Fauci testifying before congress this week on the spike in numbers.

“If you look at what happened in Europe when they shut down, or locked down, or went to shelter-in-place, however you want to describe it, they really did it to the tune of about 95% plus of the country did that,” said Fauci in the clip. “When you actually look at what we did, even though we shut down, even though it created a great deal of difficulty, we really only functionally shut down only about 50% in the sense of the totality of the country.”

Fauci said that this impacted the eventual numbers on the baseline and that therefore when we began to open up the country, we were more vulnerable to a renewed surge in cases.

As he has been doing for weeks, Trump continued to blame awareness of cases for the existence of cases.

Wrong! We have more cases because we have tested far more than any other country, 60,000,000. If we tested less, there would be less cases. How did Italy, France & Spain do? Now Europe sadly has flare ups. Most of our governors worked hard & smart. We will come back STRONG!

“If we tested less, there would be less cases,” he said in defiance of logic. “How did Italy, France & Spain do? Now Europe sadly has flare ups. Most of our governors worked hard & smart. We will come back STRONG!”

The president similarly attacked Rep. James Clyburn on Friday over testing and cases.

“If we tested less, there would be less cases,” is quite a statement. Testing does not cause cases, of course. That’s patently absurd.

But if you were to argue, as Trump did not, that more tests reveal greater numbers of existing and real cases (ie. the purpose of testing), thus giving a more accurate picture of how the disease has actually spread, and that therefore places with less testing aren’t giving a true representation of the total cases in those countries, then it does not stand to reason that we should do less testing.

Unless, of course, your goal is to hide the real number strictly for your own political gain. But who would even consider doing such a thing?