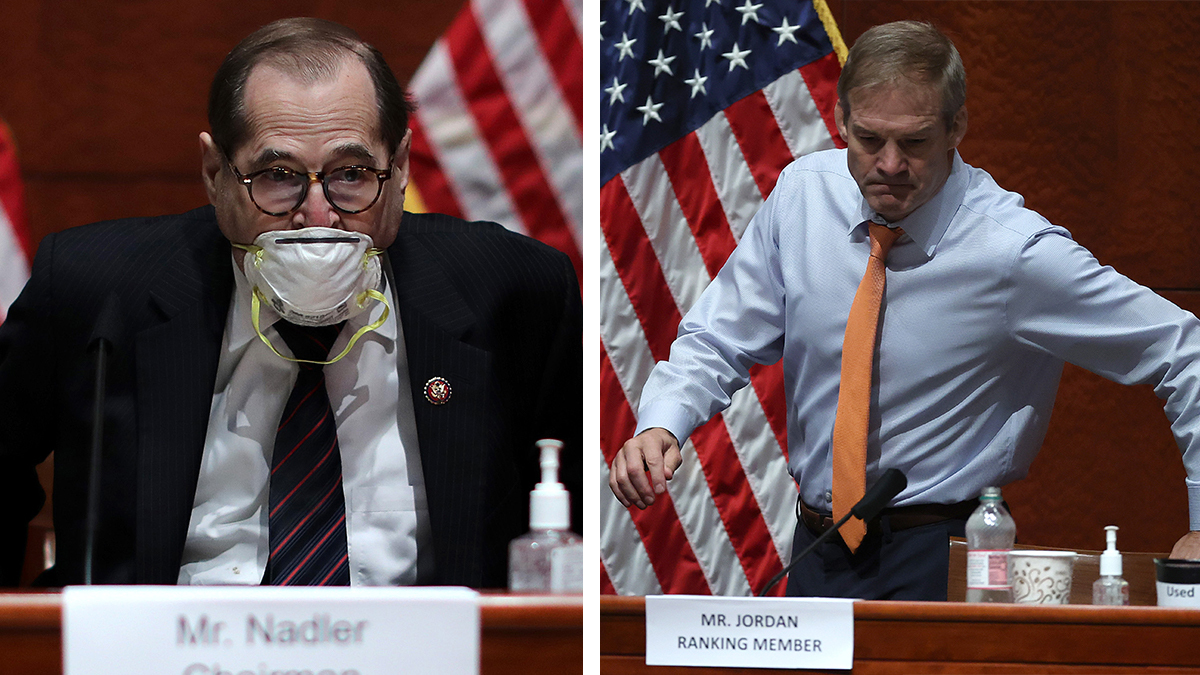 Over the last two days, the House Judiciary Committee has held a pair of high-profile hearings. Tuesday’s featured Attorney General William Barr, who was questioned for five hours over a plethora of his and President Donald Trump’s decisions since in office. A day later, four of the top tech CEOs testified before a Judiciary subcommittee to defend their role in the marketplace.

The two days of arguments, interruptions, and tense questioning started — quite symbolically — with a literal car crash delaying Barr’s hearing. Along the way, there have been a host of other issues — including, remarkably, technical glitches in a hearing with the four top CEOs in technology.

Members of the House from both parties have been ripped for turning the hearings into more of a political spectacle rather than an informative session with the some of the most influential officials in the country.

Both hearings featured their fair share of ridiculous moments over the last 36 hours. Here are five of the most absurd:

With under an hour left in Barr’s questioning, the Attorney General asked Rep. Jerry Nadler (D-NY) for a five-minute break. Nadler, eager to continue, initially told him “no.” As a result, the committee began to erupt.

“I’ve waited 45 minutes, I’ve waited an hour for you this morning,” Barr said to Nadler, who was late after he was involved in a car crash. “I haven’t had lunch. I would like to take a five-minute break.”

“Mr. Attorney General, we are almost finished,” Nadler responded. “We are going to be finished in a few minutes. We can certainly take a break but—”

Rep. Jim Jordan (R-OH) even chimed in, saying, “You just showed rudeness, which is now on display. Let’s let the attorney general have break.”

Madeleine Dean Attacks Barr For “Disrespect For A Member of Congress”

The first questioner after Barr’s final break was Rep. Madeleine Dean (D-PA), who pushed Barr about his role in dispersing protests at Lafayette Park during the last week of May. At one point, Barr began to laugh in her face after she cut off some of his explanations.

“The time is mine and we have waited a long time for you to come here,” Dean said.

“You waited to talk to me like this? You didn’t need to wait so long,” Barr responded.

Further in the questioning, Dean told Barr, “I’m surprised at your lack of respect for a member of Congress.” Dean complained about Barr’s answers later that day on MSNBC, saying on TheReidOut, “He not only lied. He doubled back. He did a backflip.”

Over the two hearings, Jordan was one of the most constant interrupters when members of Congress attacked Republicans. After sticking up for Barr on Tuesday, Jordan derailed Wednesday’s hearing off the bat during an argument with Rep. David Cicilline (D-RI).

Later in the questioning of the CEOs, Jordan was accused of spewing “fringe conspiracy theories.” Jordan immediately objected and shouting from Democrats commenced, including “be respectful of your colleague” and “put your mask on.”

“If you want to talk about masks, why would the Deputy Secretary of the Treasury unmask Michael Flynn’s name?” Jordan shot back before defending his motives for creating the commotion.

Rep. Greg Steube Uses Time to Ask Google CEO About Why His Political Emails Are in His Dad’s Spam Folder

Rep. Greg Steube (R-FL) used some of his time questioning Google CEO Sundar Pichai to ask about the “censorship” of conservative campaign materials in Gmail.

He began mentioning an article from Gateway Pundit and asked why Google was censoring conservative outlets. A recent blocking of websites in July was called a “glitch” by the company,” and Pichai echoed those claims. He then moved toward his own campaign materials.

“My parents, who have a Gmail account, aren’t getting my campaign emails,” Steube said. “…This appears to only be happening to conservative Republicans. My question is, why is this only happening to Republicans?”

“In Gmail, we are focused on what users want,” Pichai responded. “And users have indicated they want us to organize their personal emails, emails they receive from friends and family, separately.”

Rep. Val Demings (D-FL), who went next with questions, said she’s also had spam problems with campaign emails, noting that she didn’t think it was a partisan issue.

One of the most uttered phrases from House Democrats during Barr’s questioning was about “reclaiming their time.” The Washington Free Beacon even created a supercut showing how often they asked Barr to stop talking.

Mostly, Barr stopped responding, but occasionally he would keep talking until he was fully cut off. A couple of times on Tuesday, the Attorney General couldn’t help but get angry that he wasn’t allowed to fully defend some of his points. Sometimes, like when Dean questioned him, he couldn’t help but crack a smile.

Watch above, via Fox & CSPAN.